Primer For a Failed Superpower

Primer for a Failed Superpower is an all-ages multi-media community concert featuring an intergenerational ensemble of teens, the TEAM, and Baby Boomers performing new arrangements of iconic protest songs – songs that have celebrated and questioned what it means to be an American throughout our country’s past and present, and which reflect issues, raise awareness and activate the listeners. 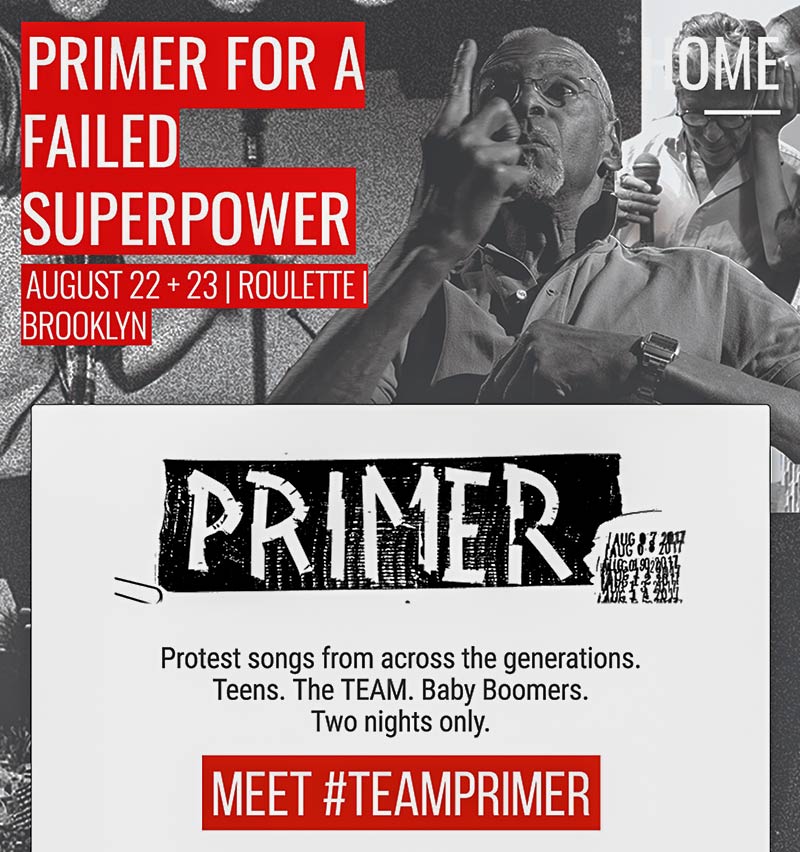 Joan is proud to have been featured singing the arrangements of Cherokee/Choctaw sister-friend Martha Redbone.