Standing Rock On The Hudson

“New to the Clearwater Festival this year – ‘Standing Rock on the Hudson,’ a 90 minute program of ceremony, speaking and song featuring Native American performers and River activists.” 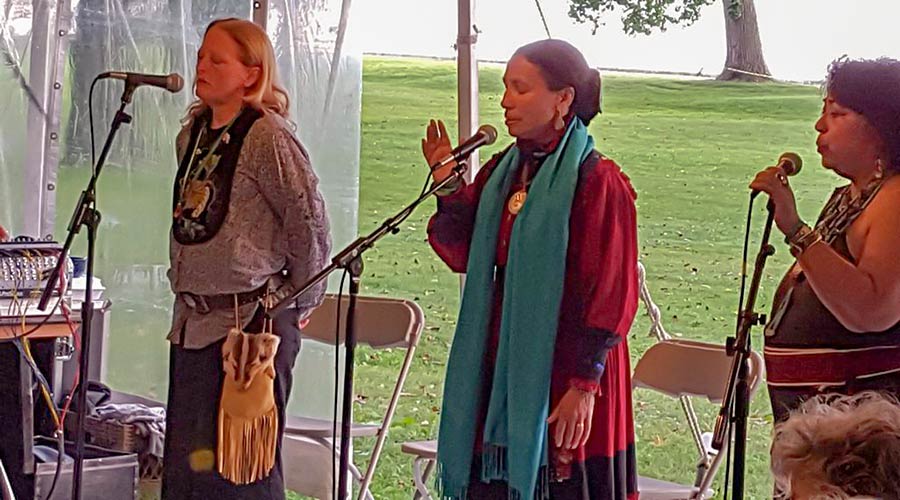 Opening the program was the Ramapough Lunaape Nation’s traditional drum group. The Grandmothers – Henry, Little Eagle & Flynn – offered several water songs and brought forth a simple participatory water ceremony that is done every morning at Standing Rock and was taught to Flynn by one of her elders to share. Henry closed the program empowering the audience to reconnect with the powerful spirit of water within and all around us, with her water anthem Ama Nvwoti from the newly premiered Earth-savvy Henson/Defoe production CRANE: On Earth, In Sky.